Warning: Cannot modify header information - headers already sent by (output started at /home/customer/www/karaokeforall.com/public_html/wp-includes/wp-db.php:1612) in /home/customer/www/karaokeforall.com/public_html/wp-content/plugins/contact-form-plugin/contact_form.php on line 90
 How To Sing In Head Voice And Be The Complete Singer You Dream To Be – Singing Tips and Karaoke Machine Reviews
Skip to content 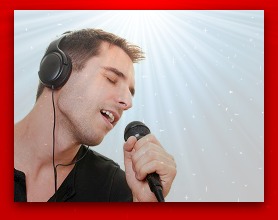 You might have a great voice naturally but only after singing in a microphone and hearing your voice after recording will you realize that you need a lot of improvements before you start singing professionally. Singers have to take thorough trainings before they can sing like they do. These trainings train them on how to sing flawlessly, control their breath, bring variations, apply various singing techniques etc. Among dozens of different things that they are given knowledge of, they are also given training on how to sing in head voice. Here’s what you need to know about head voice:

The first thing you need to know about head voice is that it has a high pitch. There is a difference in how women achieve their head voice and how males do. When you hear the head voice is will sound pitchy. However, the head voice can be as powerful as you want it to be unlike many people’s belief that head voice is a weak voice. As scientific explanation of the head voice would be; when thyroarytenoid muscles in your throat are doing their work, you will create the head voice. In the simplest terms, it can be called the sweet voice of a male. 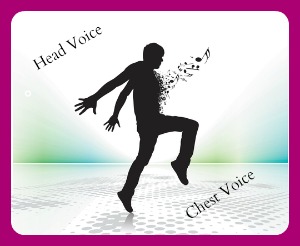 the most powerful sound you can make. When you sing in your chest voice your vocals will sound powerful and you can get as loud as you wish to. It is not called chest voice because this sound is produced in the chest, but because of the sensation of the person producing thing voice. When producing this sound you will feel vibrations in your chest. The voice is still being produced by your vocal cords though.

There are still controversies and conflicts over how people explain head voice and it has been that way for centuries. The thing for new music and singing learners is that a switch from head voice to chest voice and chest voice to head voice can be made without registering a “break”. The good examples of chest voice are when you are talking in your normal voice or when you yell at someone (which is of course not a good thing). A singer would attempt to sing in head voice when he wishes to sing some sweet part of the song. When you make your first song for your girlfriend, make sure to include some head voice notes.

Head voice vs. falsetto is one of the biggest conflicts you can come across when learning how to sing in head voice or falsetto. First, there is a controversy on both the 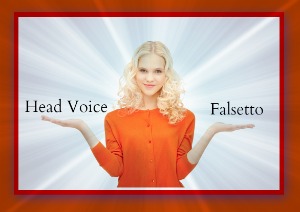 type of sounds based on how people in the past defined them and how science has defined them in modern times. Secondly, people are often fighting about them because it is very difficult for most people to differentiate between head voice and falsetto. Only a video explanation can best explain the difference between the two. Furthermore, it will be confusing for all students in the beginning and the only way to understand the difference is to practice as much as possible. You can pick various songs that use either of the two different voices or both of them to learn the difference.

The best way to differentiate the two voices is to focus and listen to how much air there is in the sound. Falsetto notes are created in the human vocal cords when they don’t come in contact. They vocal cords are nearly in contact but not touching at all. The little gap between them lets air pass through easily and this is why falsetto sounds very airy. On the other hand, the head voice will be produced when the vocal cords are touching. It means the air will not be allowed to come out as fast as it is able to come out when you are producing falsetto notes. As a result, you will run out of breath while singing falsetto notes very quickly but that won’t be the case with singing in head voice.

When To Use These Different Voices

Of course, it has to be left on the choice of the singer to use any of those voices. In most cases, male singers will sing to choose in falsetto and head voice when they have to hit the high notes that they cannot hit in their natural voice. As mentioned earlier, these are the high registers of the sound and so they will naturally be used for hitting high notes. However, you will not try to use these vocal registers if you wish to remain powerful in a song. It is because your most powerful voice is your chest voice. With a lot of vibration of the vocal cords it is the most powerful and heaviest sound you can produce.

Another occasion where you would like to bring in your falsetto is when you are keeping the song mellow and touchy. You will often notice sad songs about breakups and other themes ending with falsetto notes. It is because the feel of the voice when you sing in falsetto is quite “weak” and mellow. It is more like a person trying to whisper in a loud voice. You can take the example of “hurt” by Christina Aguilera as a sad song with falsetto coming into the song toward the end. There are many other songs you can take for example that are often sung in talent hunt shows.

How you would like to sing depends on your choice. In fact, the most important factor is how you wish to express the feelings in you because that’s what the purpose of singing and music is. While some experts advise to avoid singing in falsetto too frequently, bands like Coldplay are solely built on this type of singing. The important thing is that you should learn how to sing in head voice and other voices so when you feel like using these voices you are able to.