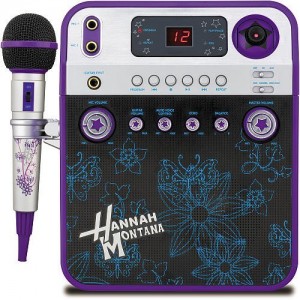 The other day, I was having dinner with a dear friend of mine Louise. She is an engineer and she is into blogging as a hobby. We meet regularly once a month to catch up and discuss what we are up to. As she knows I am a karaoke fan, she told me the story about her daughter’s birthday and how she decided to buy a karaoke machine for her. Cute story and as I know she does very thorough research when buying stuff, she must know by now a lot about karaoke machines. I asked her to write a post about her experience so I can publish on my site so people can benefit from her experience.  As she likes writing, particularly about technical stuff, she accepted to do this.

If you are looking for a karaoke machine for girls, I am sure you will like her post and will find it very useful.

It’s been a while since Hannah Montana first showed up on our living room television. At first, my daughter just watched it out of curiosity; it was actually cute, seeing her focused like that as she tried to see if she liked the show or not. After a while of seeing her watch it, I noticed tiny bits of changes at how she would watch the show.

At first she would just sit there watching the show. Soon enough she got really into it and would not miss it a bit (oh how I wished she would give that kind of focus to her studies). Anyways, she would watch it everyday, sitting by the television as she waited for it, little by little she started to mimic the main character. Singing at first, she would hum to the tunes that she knew and eventually sing the songs she had finally memorized after watching so many times. It was so adorable I even videotaped one song once.

Soon though, she started to dance. How adorable did she look while she danced and tried to copy the girl on the television? No words can describe. I videotaped her second performance afterwards. I actually waited like a prey waiting for her moves. 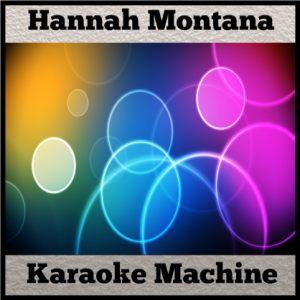 Anyways, it was pretty obvious now that she loved the show. She would run towards the television once she heard a familiar song, it was hilarious at first. (yes, it got tiring after a while, seeing as she would run away even when we were in the middle of dinner or something, in favor of watching the show.) She is still a fan of Hannah Montana and keeps singing her songs.

I remember gaping and staring weirdly at my husband for suggesting something so ridiculous. I wondered, at that time, if they had something like that. It was pretty farfetched after all, who makes something like that? Well, even if they didn’t make a Hannah Montana Karaoke machine, I wanted at least a karaoke machine for girls that offered something cute and girly that she would love to have.

Now that got me thinking. I decidedly went online the following day. After everybody left the house in the morning to start their day, I was left alone and free to search for the perfect gift for our daughter.

I was skeptical at first but after spending only few minutes searching and to my surprise, I found what I was looking for!

There was a portable karaoke machine that seemed well suited for what I was expecting. The machine came with a microphone, looked pretty basic with a simple but sleek design. Everything you would kind of expect if you are looking for a kids karaoke machine

Digging deeper, I realized there are actually two different models that have mostly same features but also some main differences which I will get to in few minutes. Here are the two models:

Being a geek girl, I looked more into details to see what these kids friendly karaoke machines are capable of. They both come with a CDG player meaning that they can play CD’s recorded to have the video lyrics as well as the sound track. The player is conveniently located on top of the system and the control buttons are easy for children to reach and play around with as well. The controls include pretty much the basic stuff; play, pause, skip up, skip down, and stop, easy enough to control for younger kids.

Both systems are also karaoke machines with TV hook up. This means when you connect the machine to TV you can see lyrics streaming on the screen while you are performing and singing along the song. Quite interesting! What a great and entertaining idea for a girl birthday party this could be. I was excited. 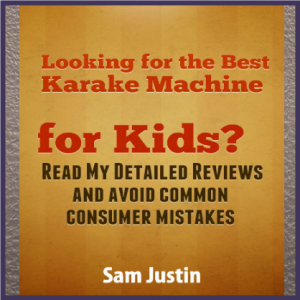 There are few other cool things I learned while researching about these products. They come with various sound and voice controls such as Auto Voice Control (AVC) and Echo control. The AVC control is actually a quite fun feature to play with. When the performer sings in the microphone the lead vocal on the CD will turn off and as soon as the singer stops, the lead vocal will resume. I can imagine kids can have a lot of fun just by using this option. Echo control, as the name suggests, adds some echo and richness to your voice and can make anyone sound better and more professional. Again an interesting idea kids would love.

One thing I was a little disappointed about was that these machines would not work with batteries and they have to be plugged in AC power. This may be a bit constraining especially for younger kids that want to move this thing back and forth to various locations as they play around. They just don’t want to drag a power cable with them. Oh well!

My budget was less than $100 which made the choice between the two models very easy as the first one would cost more than $100 and the second one was comfortably within my allocated budget. Just was more curious to see what options the first one would offer for a higher price and wanted to make sure there are no must features I would be missing by going for the cheaper model. Researching a bit more I found out that there are 3 main benefits that you would get with the first one:

Anyways, as usual the budget limit took over, I made the decision to go for the model HM900K and still think I am getting a lot of nice features for the price paid.

I cannot wait to see my little girl’s happy and surprised face when she sees this wonderful gift for her birthday. 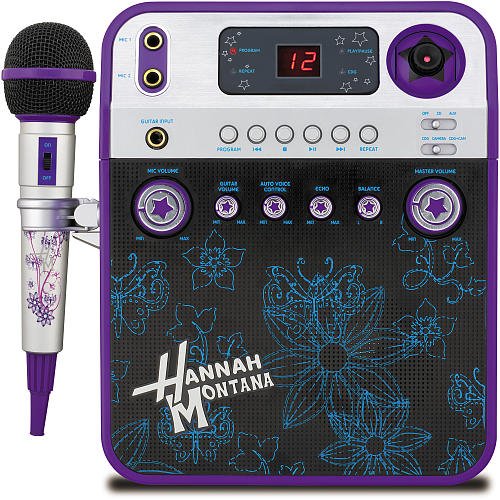