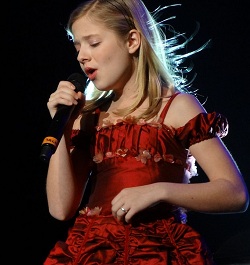 Description: Vibrato is an “effect” of musical origin that consists of a pulsating and regular change of pitch when singing. Read on to find out how you can sing with vibrato in this article.

When vibrato is present in the voice and flows effortlessly, it means the singer has a strong technique in place, complete with body alignment, proper breathing, and release of tension. Simply put, vibrato singing is a sure sign that the singer has excellent vocal technique. Some singers, however, do it the wrong way. But the thing is, vibrato cannot be mimicked; it has to be the real thing.

The typical vibrato definition is that of a slight and rapid but regular fluctuation in a musical note’s pitch that is produced by the voice or a stringed instrument. A question often asked by singers is “can vibrato be learned and developed?” The answer is yes. Try opening the back of your throat by yawning. Keep that feeling both in your throat and mouth while you sing. Mimic that feeling without the yawning. That’s vibrato.

Singing vibrato is largely about having your throat relaxed as well as open. If the throat is closed, there won’t be any flow of the sound you make. While it is possible that for you to sing a few notes, the full vocal range you would otherwise be capable of would be cut off. You need to relax your throat muscles completely. Tensed muscles in that area will not render you capable of vibrato.

You should be able to produce a vibrato voice naturally and without straining your voice. Shaking out tension from the wrists all the way to the ankles, doing circles with the neck, and stretching out your sides can loosen you externally to prevent tension internally. Likewise, muscles in your head and face, particularly your tongue and jaw, should do little work regardless of whether you sing with vibrato or in straight tone.

How to Use Vibrato

To sing using vibrato, you should concentrate on the other aspects required in singing. Let’s put it this way: vibrato should be icing on your cake, not flour in your batter. Simply put, voice vibrato should come last, when you have mastered all of the major elements of good singing such as breathing and standing correctly. You need to be an expert on breath flow.

You can do this by maintaining good posture throughout while you sing. Stand with one foot a little slightly in front of the other with your head, neck, and back in a straight line or, if you are seated, sit on the edge of the chair and keep your head facing forward directly and your back straight. Remember not to look down even if you have a music sheet in front of you.

Take one solid, deep breath and sing with your diaphragm. Don’t allow your diaphragm to go lower or your shoulders to go up. Concentrate on the note that you sing naturally and let it go off on its own. Ensure that your breath flows evenly and steadily. To be able to produce a sound you aim for, you must produce a steady flow of air and keep it. This means your breathing has to be consistent to maintain a vocal vibrato.

Keep your vibrato subtle and don’t allow it to take over your song. Vibrato sounds so much better if it comes naturally. If your breathing is not even and steady, it will wobble, slow down or speed up, all of which can ruin your performance. Moreover, know when you should sing vibrato which is not all the time. Use vibrato in some of your songs and use a straight tone in others. Use vibrato only if it fits the song.

How to Sing Vibrato

Vibrato should come naturally to a singer. Focus on timbre and resonance first and master these. Develop the correct habits of breathing properly, placing sounds appropriately in your mouth by letting go of your tongue and jaw, and relaxing your throat muscles. Then you can go on to sing vibrato. If you sing the right way, vibrato develops naturally.

Some vocal instructors help their students concentrate in the development of their techniques with vibrato exercises that can force vibrato out but this is just an imitation of the real thing. Vibrato is a natural result that accompanies singing correctly and comes with practice. Understanding it technically can help you develop it. While most people perceive it to be a variant of pitch, it is actually a tone’s center.

What Vibrato Is Not

Vibrato can be fascinating to hear but it is also aids your voice to center its pitch and helps your throat muscles relax. Vibrato is used to protect the vocal fold from overuse by the singer. In vibrato, the larynx pulses to deal with pressure being put on it, like muscles in your arms that go under duress when you lift weights and start to shake. This is a mechanism similar to what your larynx goes through when you sing vibrato.

It is not the same thing as “tremolo,” “trillo” or “wobble.” Tremolo happens when there is too much of glottal pressure and leads to tension around the base of a singer’s tongue. Trillo sounds extremely fast caused by an improperly placed breathing which soon gets dispersed; the sound which trillo produces is similar to a goat’s bleating. Wobble happens when the singer lacks poor breath management or tonal focus.

How to Get Good at Singing Vibrato 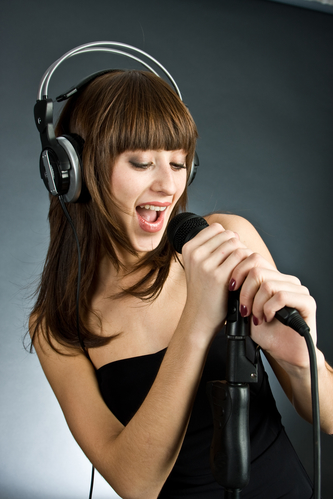 Diaphragm exercises are a good way to learn vibrato. Put your hands at the bottom part of your chest under your ribs and move them in that soft area a few notches above the belly button and sing one tone in a pitch that is within your range. Push in your hands gently, pull them out, push them back in, and then out at a rate of four cycles per second. This process will generally produce a tremolo sound.

Place a finger on your larynx and wiggle it gently up and down while you sing a note on sustained pitch. This will result in a sound which you might think is vibrato but it isn’t the true vibrato you need for singing. Try switching between a couple of notes, one note, and then another in a semi-tone or switching between two notes at rates that become quicker and quicker until you sound like you are singing the vibrato technique.

Aim for eight cycles per second and listen to the sound you produce. Make no mistake about it, though, all of these exercises are mimicking techniques to give you an idea of how vibrato can sound. Make sure that the notes you switch between are less away from the other or are a semi-tone. Additionally, avoid developing a “gospel jaw.” You may have noticed some singers who sing vibrato and move their jaws up and down.

Whitney Houston may have done that but it doesn’t mean you should or that it’s the right way of how to sing higher. Your jaw, in fact, should be relaxed completely while you sing alongside every other body part. Moving your jaw that way mimics vibrato but it just isn’t healthy for your muscles and it doesn’t sound natural. Gospel Jaw is not produced by your vocal folds but by your jaw imitating vibrato.

The Best Definition of Vibrato

Here is how you can accomplish vibrato: visualizing your breath spinning in an even and steady stream over your vocal chords, take a silent but deep breath from your diaphragm. Imagine releasing the sound when you sing the note while you sustain a pitch. Release air on a sound like “ooohh” and begin singing a note. Let the air spin freely on your vocal chords until you run out of breath.

Hold the note for as long as you comfortably can until the need to inhale comes. Lift the soft palate at the inside back of your mouth to open the roof of your mouth. Release the back of your throat and exhale. Inhale another deep round of breath and start the entire process all over again. Notice that the steps mentioned revolve around your breathing and not your actual singing.

This is how you can best define vibrato: it comes evenly, steadily, and naturally like your breathing. Moreover, notice that you don’t have to force out anything, not even your breath, in the exercises mentioned. This is because vibrato takes time to learn and master. You can practice it as part of the vocal exercises that you do every day until you get better and better at it.

You might be told that you either have vibrato or you don’t and while that may be true or natural for some people, you can always learn it like any other skill. Every individual has their own vibrato. Remember that there are so many factors that contribute to the way your voice sounds such as your environment, culture, genetics, diet, and even certain medications that you take.

If vibrato doesn’t come naturally to you, it doesn’t mean you won’t be able to accomplish it. If you are a new singer, you need to keep on practicing until you attain a smooth vibrato that sounds effortless to your audience. You need patience and determination to acquire vibrato. Yes, you will have to work hard at it, but the result of a clear and strong vibrato would be well worth all the effort.