Karaoke machines are great gifts for kids. One thing I like about them is that, differently from other toys, kids can stick with these machines for a while and still have fun playing with them. At the same time, adults can get involved, let loose and play around without getting bored. People that have used them would probably understand better what I am talking about here. You would not know unless you have one at home.

I noticed one of the features kids would really love about these machines is to have disco lights. Disco lights and music together seem to be a magical combination that attracts both children and adults alike.

Most of the machines out there come with various other features. This makes the life of parents complicated when looking for a karaoke machine for kids. In order to avoid common mistakes and to buy the right one for your needs, a good deal of research is needed and that’s where most people struggle due to lack of time and patience. They just want to get it done and move on and nobody has the time to spend researching these features and understand them.

Well guess what? I have done the hard work for you and in this post, I will cover 5 different karaoke machines with lights and the features they offer. I am confident after reading this post, you will know more than what you need to make an easy but informed decision.

So let’s do this:

The first one I chose for you is a pink and girly karaoke machine for kids called the Singing Machine SML-283P CDG Karaoke Player. This one comes with a portable CDG player and disco lights. You get a microphone with your purchase but the system offers two microphone jacks. This means a second microphone, to be purchased separately, can also be used with this machine. This is a karaoke machine with TV hook up and it can also connect to iPod and similar MP3 players through an audio jack. This is quite a cool feature that allows you to play your favorite songs through your play list rather than having to purchase CDG’s. Convenient features for some and not that important for others.

This Singing Machine Karaoke system is compact and easy to use, it is a girls dream karaoke machine indeed. It’s worth mentioning that this system offers nice voice control features such as AVC, balance and audio control. These are quite useful options that both kids and adults can have tons of fun with. Last but definitely not least, this one can operate with batteries which make it a real portable karaoke machine you can easily take anywhere you want; very important feature for kids. You can get also a similar design but in color black, if so you prefer.

The price is also very reasonable, less than $50, and this would be something I would gladly buy for my daughter.

But if you are not just looking to buy a present for your daughter alone but rather for a karaoke machine that would appeal to all of the members of the family, you may keep reading and consider some other options as well. This one is definitely a great karaoke machine for kids.

The next option is also a Singing Machine Karaoke System that can be purchased at a bit less than $60. It is called the The Singing Machine Portable CD & Graphics Karaoke System Black. This machine has exact same features as the first one, very similar. The design is different and which one you would prefer, is really a matter of taste. The price is also a bit higher, just around $60 dollars. The real difference is the design really, it’s as simple as that.

Let’s now see what a third option would offer:

The Electrohome EAKAR300 Karaoke CD+G Player Speaker System with MP3 and 2 Microphone Inputs provides a CD/CD+G/CDR/CDRW player and comes with built in high performance speakers. It also offers an auxiliary input for Mp3 player and therefore can connect to an iPod.  This portable karaoke machine also comes with audio/video RCA cables for TV and stereo system hook up, and offers auto voice control as well as echo control. There is also an extra microphone input for those who want to use a second microphone to sing duet for instance. The second microphone does not come with the machine though and has to be purchased separately.

Nice thing is this machine comes with a sample CD+G multiplex disc. This means you are ready to play as soon as the system is out of the box.

Based on tons of reviews I read, it seems this system has higher quality speakers for the price range. This is important as oftentimes karaoke machines under $100 tend to have an average sound quality.

As you may have already noted, this one also offers very similar features as the Singing Machine karaoke systems I described above. The main difference is the design. I actually like very much the cylindrical shape and I think this is a unique and sleek design that you cannot find anywhere else. That said, it seems to me that this design would probably be a bit less appealing to kids. Also, this karaoke machine comes with blue party light which appears to be less flashy than the disco lights provided by the first 2 machines. The price is very close to $60, very similar to the second candidate. Also note that, this system cannot operate with batteries and need to be plugged to AC power; a bit less convenient for kids.

Another system I would like to cover here is The Singing Machine SML-385W Disco Light Karaoke System. Let’s see …. there are very similar generic features that the previous ones offered. Similarly, this one can connect to TV, has built in speakers, comes with one microphone but provides two jacks for those who would like to purchase a second microphone. Nice disco lights and also similar voice control features as before. Unlike the Electrohome machine, this one doesn’t just light up, it has flashing disco lights. The appearance, design and color would be quite appealing to kids. One important thing to note is that this system cannot connect to iPod and/or MP3 player. It comes with a CDG player as the only song source. This can be quite restrictive for those wanting to use their favorite song on their smart device playlist. All that said, you need to realize that this karaoke machine is known to be a best seller and has excellent online reviews. This is at the very least a sign of a good quality for the price, which is around $60. Don’t underestimate that. This is something definitely to have in mind when making the final buying decision as good reviews and rating are strong indicators of a good product. 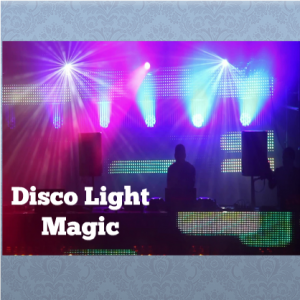 And here we go with the last one. GPX Genuine Karaoke Party Machine with Multi-Color LED Light Effectspriced a bit over $100, the most expensive one yet. I looked into why that was and as I read, I saw that it shares similar traits to the first four players. Like the other four, it can connect to a television set and show the CD+G lyrics and graphics, a top loading CD player that features CD, CD-R/RW, and CD+G playback. It also has a 2-digit LED display, an auto voice control, and microphone volume as well as echo and balance controls.

There’s also the composite and RCA stereo audio outputs, two microphone and aux inputs for audio devices with 3.5 mm audio jack. An analog volume controller, on/off switch also comes with the player. Like the other four, the player also includes a microphone, RCA AV cable, and an AC power adapter. The price seems to be quite a bit higher and I personally did not see any real justification for it.

So there you have it. After reading this post you probably know more than 99% of the consumers out there looking for a nice kid karaoke machine for kids. Good luck and happy shopping!